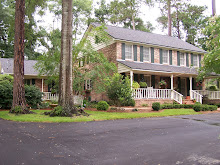 Chari at Happy to Design encourages bloggers to do a repost of one of their favorite posts. I have recently been looking through Dorie Greenspans most recent book for dinner inspiration and saw this recipe once again. It was soooooooo delicious and I plan to make it again this week. I have also served it as an appetizer at a dinner party served on some little appetizer plates and my guests thought it to be wonderful. I thought it would be a good time to repost this recipe. Thank you Chari for hosting your blogging party, Sunday Favorites.


I have been working my way through Dorie Greenspan's newest book, Around My French Table.  I have to say this is an excellent book and one I highly recommend. I have not prepared a single recipe that I didn't think was outstanding. 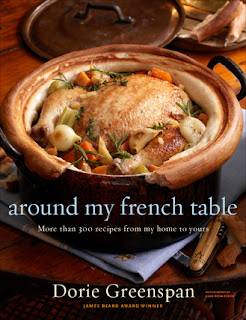 Yesterday I prepared Quiche Maraichere and it was a simple recipe with lots and lots of flavor. Loaded with fresh ingredients with very little custard which was very different for a quiche. 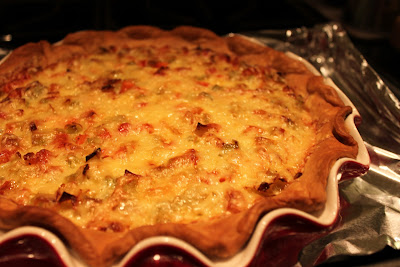 When you see the word maraichere, you know market-fresh produce is in the mix. Here it's in a quiche packed to the brim with celery, leeks, carrots and little squares of red pepper. It's an unusual quiche in that it's got lots more vegetables than custard, and the cheese is on top of it, not inside.

Center a rack in the oven and preheat the oven to 400 degrees F. Put the crust on a baking sheet lined with a silicone baking mat or parchment paper.

Spoon the vegetables into the tart shell and spread them out--they will just about fill the crust. Whisk the cream, egg, and egg yolk together, season with salt and pepper, and carefully pour over the vegetables. Depending on how your crust baked, you may have too much custard -- don't push it. Pour in as much custard as you can without it over flowing and wait a few minutes until it's settled into the crannies, then, if you think it will take it, pour in a little more. Very carefully slide the baking sheet into the oven. (If it's easier for you, put the quiche into the oven without the custard, then pour it in.)

Bake the quiche for 20 minutes. Sprinkle the cheese over the top and bake for another 5 to 10 minutes, or until the cheese is golden and, most important, the filling is uniformly puffed (wait for the center to Puff), browned, and set. Transfer the quiche to a rack, remove the sides of the pan, and cool until it's only just warm or until it reaches room temperature before serving.

In Dorie's book she also gives a recipe for a tart dough but because of time I used a store bought pastry dough and also did not use a pan with a removable bottom. Instead I used a fluted pie plate. She also mentions in the book that this is a recipe for a light dinner pared with a salad which is how I served it but also mentions that it can be served as an appetizer at room temperature. It just happens that I am having a dinner party next Thursday evening and have decided to serve this recipe as my appetizer along with some fabulous Pomegranate Cosmopolitans. I liked this recipe that much, I actually thought it to be amazing. The absolute BEST quiche I have ever prepared. 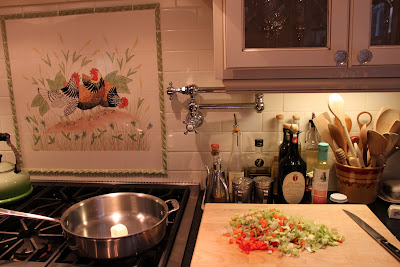 This was such a simple recipe to put together but also has so very much flavor. I particularly liked the use of the leeks. 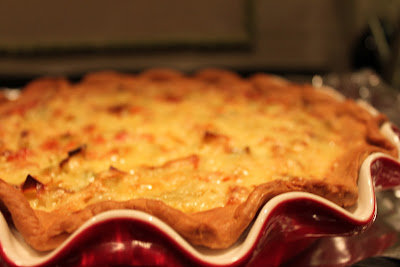 I did not have any Gruyere and I always use a French Gruyere but did use an English Cheddar. I actually think that the English Cheddar was better. Just so you know, there is a huge taste difference in a domestic and English Cheddar but I think Dorie would suggest to use what you have. 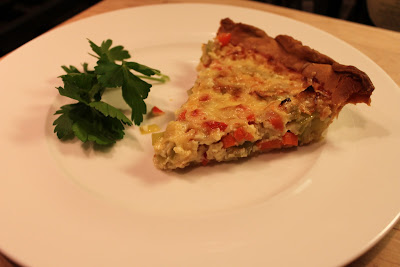 This made an amazing light dinner pared with a Mixed Green Salad.
Posted by Southerncook at 2:03 PM 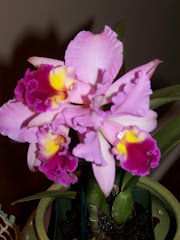 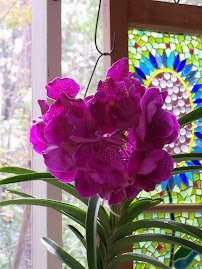